Light waves can travel in vacuum, which means they do not rely on the motion of particles in a medium, like mechanical waves. The electric and magnetic components of the wave are generally perpendicular, and peak at the same time. The strength of the electromagnetic field oscillates as the wave propagates. A charged particle will oscillate in response to a passing electromagnetic wave. 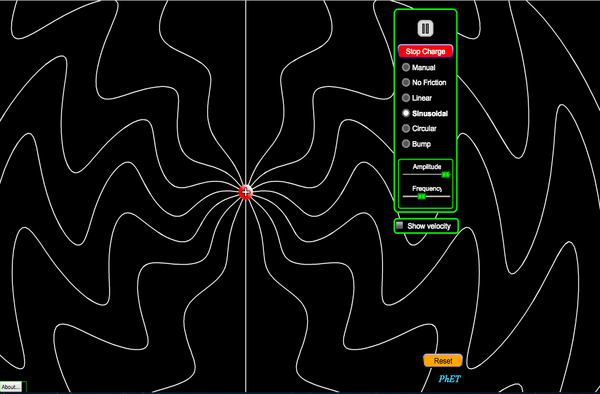 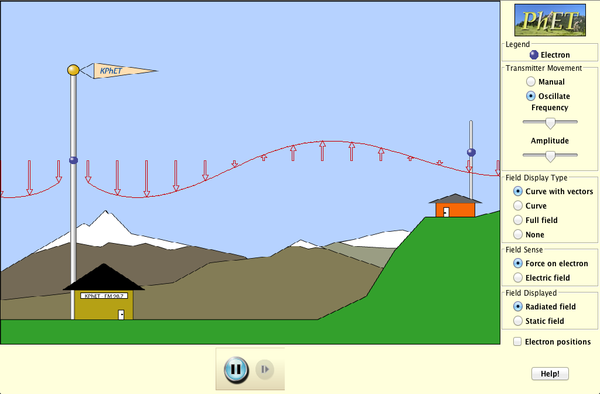 Light waves travel at a constant speed in vacuum, regardless of the motion of the observer. The speed of light in vacuum is about 3.0 x 108 m/s, and is generally denoted as c. In a medium, the photons of light (light particles) interact with matter particles. Light still travels at c when it is propagating as a wave, but photons of light are absorbed and re-emitted by the matter particles, which takes time. This means that the effective speed of light in a medium is slower than c.

This illustration shows a snapshot in time of a wave traveling through media with different indices of refraction. Which index of refraction is the largest?

Practice problem: Orange light with a wavelength of 600 nm is propagating through air. The light ray strikes a glass slide 1.00 mm thick, perpendicular to its surface, and propagates through the glass. How many wavelengths of light are inside the glass slide?